Console output from Edge and Chrome (version 64 onwards) is now recorded by HttpWatch. This includes logged error, warning and information messages and output from the JavaScript runtime such as syntax errors, exceptions and calls to the console.* API : 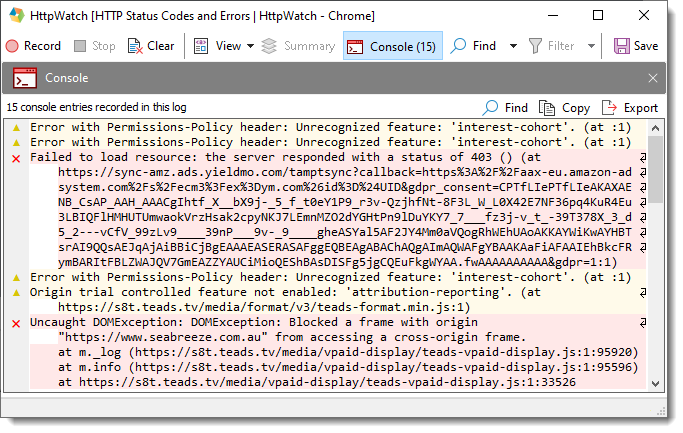 The console output from a browser can be essential for debugging client-side code in PWAs (Progressive Web Applications) that use large JavaScript libraries or WebAssembly hosted code (e.g. C#, C++ etc): 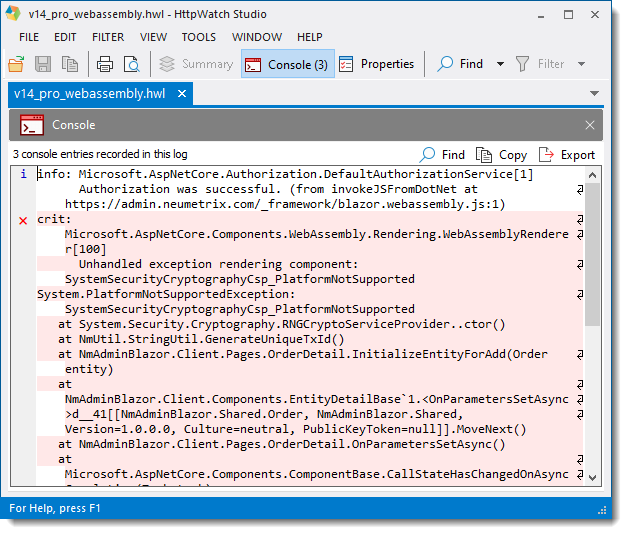 Console recording can be controlled from Tools->Options: 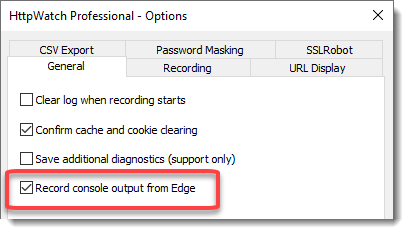 A new Console column shows whether console output was recorded for a page or request:

Console tabs show the console output associated with a selected page or request:

The HttpWatch UI has been updated with new flat look icons:

The page URL (including fragments) is now shown for each page group making it easier to debug Progressive Web Apps (PWAs) where URL fragments may be used for navigation. Also by default, URLs are displayed relative to the containing page and the HTTPS scheme prefix is hidden:

A red warning triangle is displayed next to insecure HTTP requests:

A new URL Display options tab can be used to configure how URLs are displayed: 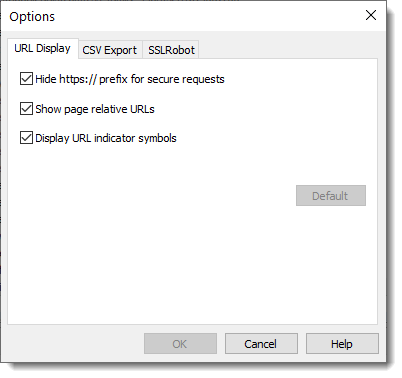 Warning Generated When HTTP/2 Not Used

A new warning (HW1011) highlights requests that did not use HTTP/2 (or a later network protocol) and therefore may not have optimal performance: 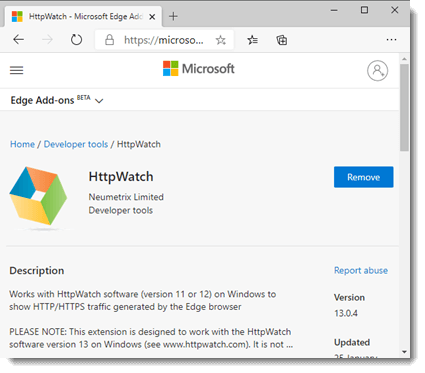 You can now choose which browsers to use with HttpWatch when you run the installer. It is also possible to only install HttpWatch Studio if you just want to open existing HAR or HWL log files: 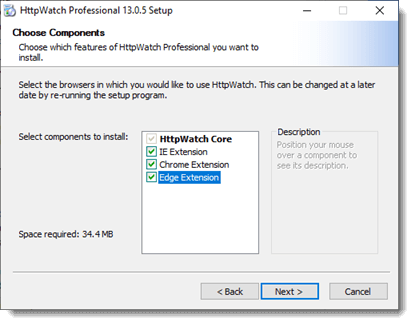 Automation scripts can use the HttpWatch automation interface to control HttpWatch in Microsoft Edge: 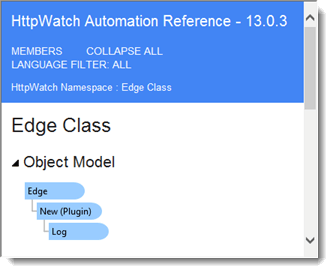 The Find Method can be used to quickly locate requests by URL or ID either within a page or a whole log file: 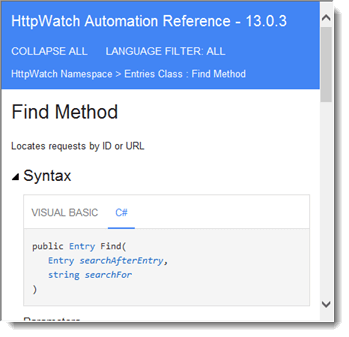 HttpWatch now restores extension and log windows to their original position even if they were placed with the Windows snap feature: 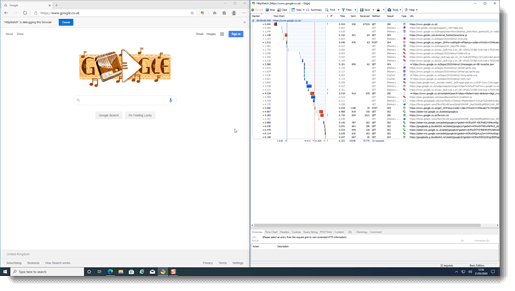 URL Indicator Symbols Show the use of  Fetch and XmlHttpRequest APIs

In Chrome and Edge an arrow symbol next to a URL shows that a request was created using the XmlHttpRequest (XHR) API in Javascript:

Or an arrow head symbol if the Fetch API was used:

When a service worker script intercepts a request the Result now displays (Service Worker). The status code is available in the data tip or Overview Tab: 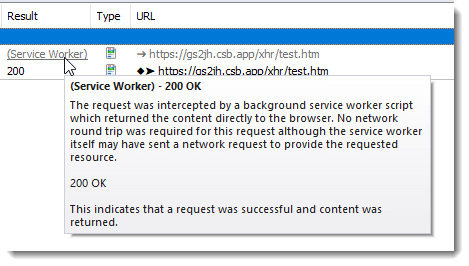 A diamond URL indicator is used to show the outgoing requests made by a service worker:

Shows The Use of the Memory and Prefetch Cache

The Result column in Chrome and Edge now shows whether the memory or prefetch cache was used:

Detects The Use of JSON Without The Correct Content Type 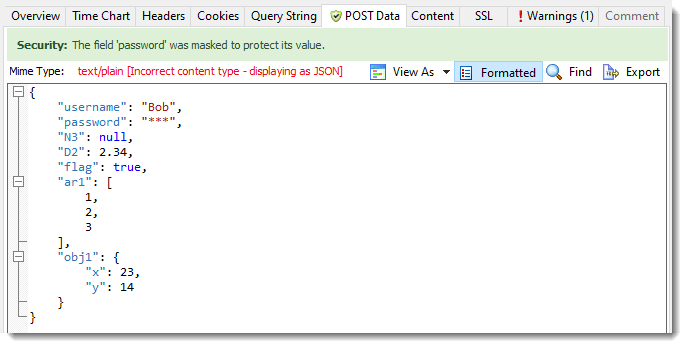 SVG images can now be displayed on the Content tab in Windows 10 Creators Update (version 1703) or later: 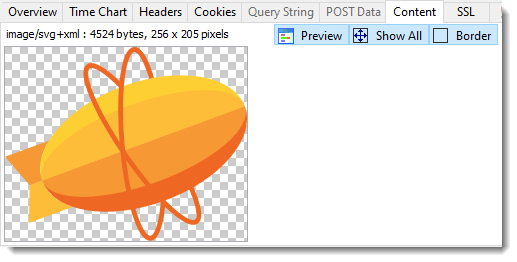 The Preview button on the Content tab can be used to switch between the graphical image view and the underlying image data:

Multi-value strings are supported in the Filter dialog by using the | (vertical bar) character as a separator. For example, entering 'google.com|fonts/' in the URL field would match against any URL that contained 'google.com' or 'fonts/': 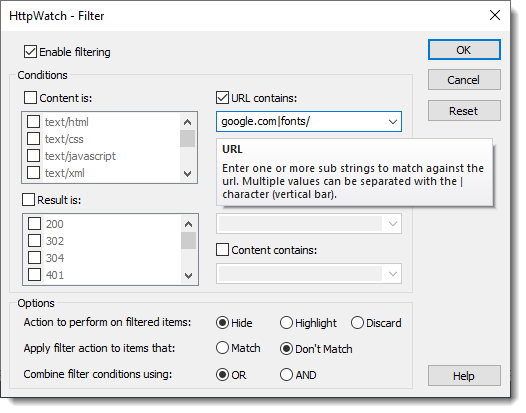 The HttpWatch Extension can be added to the Edge (Chromium) beta from the Chrome Web Store. A full implementation will be available when Edge (Chromium) is officially released. For more details see Experimental Support For Microsoft Edge (Chromium): 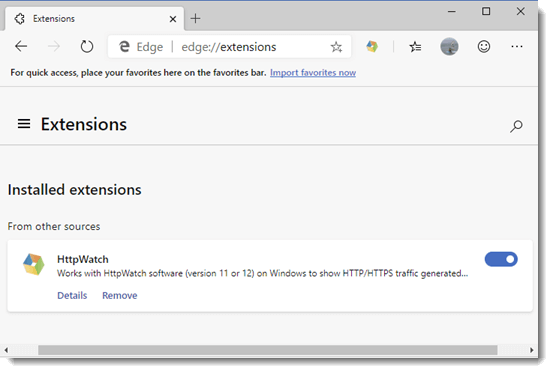 Support for WebP Images and Animations

The content tab can now display WebP images and animations: 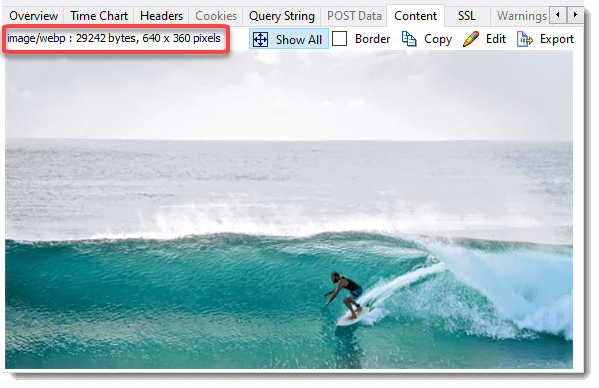 Top level data items in a JSON request can now be viewed in the same way as parameters from form submits:

The underlying text of a form submit or a JSON request body can be viewed in the POST Data tab by selecting Text from the View menu:

The masking of potentially sensitive fields such as passwords now applies to JSON request bodies as well as form submits:

The new folding feature allows sections of text (e.g. an HTML tag) to be collapsed. This can help to simplify the structure of a file and make it easier to locate and view areas of interest:

A new context menu item in the main request grid allows selected pages or requests to be saved to a HAR file instead of exporting the whole log:

Ability to View the Original Order of POST Values

In some cases web servers might look at the original order in which parameters were sent in a POST request. This order is now available in the sortable Index column:

Also, the Data property has changed to return a byte array making it simpler to access non-textual resources such as images. 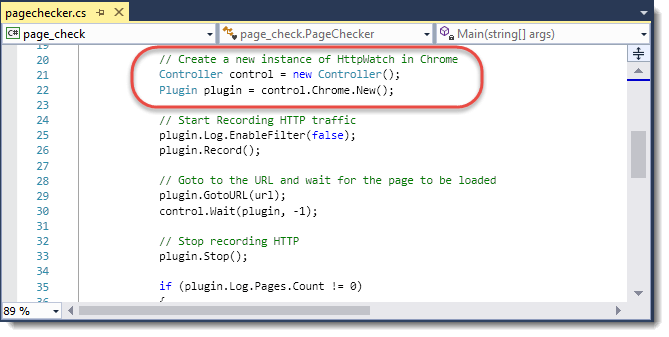 An HttpWatch window can now be opened and used to record network traffic in Chrome by clicking on the HttpWatch icon:

or using the context menu on any web page: 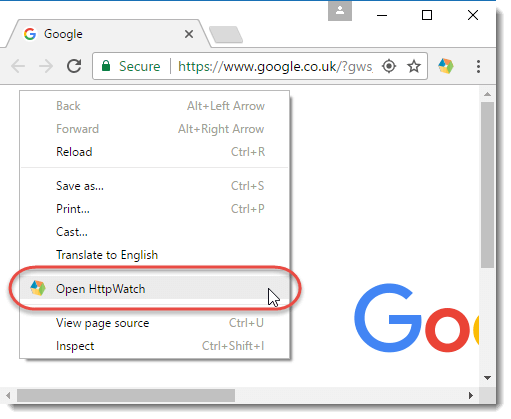 HAR Files Can Now Include (Cache) and Errors

The HAR file specification didn't allow cache only or failing requests to be recorded. HttpWatch now uses the same extended properties as other well known tools to circumvent this restriction: 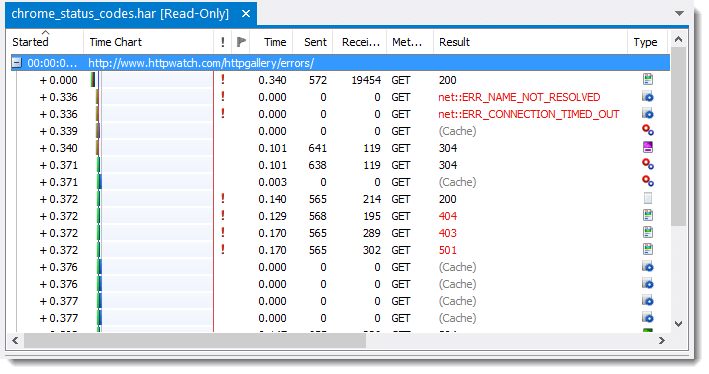 Ready to get started? TRY FOR FREE Buy Now